This is a professional Digital Music Production program that takes students through the entire process of building core producer competencies from initial learners to entry-level pros. Students will start with building a solid foundation of tasks and knowledge which will build into completing large complex projects. Students will progress from beginning development to pro-level abilities.

The Digital Music Production program is offered through a joint partnership between Centre for Arts and Technology and Digital Music Alliance and will prepare you for these careers:

Digital Music Production is an accelerated program offered through our Audio Engineering department. This course is tailor-made for anyone interested in audio and music production with a special focus on digital music production, recording, mixing and arranging.

The best part? Technology has opened the door for new artists to create music right from their own home studios. So whether you want to be a freelance or salaried music producer, create beats for a DJ, or work in the film, game, or television industry—the right training and technical skills will allow you to use your own computer as the hub of your digital music creation.

This 12 month, project-based program has been designed to take you through the entire process of building core producer competencies and throughout the program, you will master the skills, software and equipment you need to break into the biz. Competency areas include Technical/Engineering, Composing/Arranging, Sound Design, Mixing & Mastering along with Marketing & Business. This focus on competencies is coupled with a variety of Masterclasses and mentoring opportunities to truly provide the breadth and depth needed to succeed in this industry.

Instructors at the Centre for Arts and Technology will nurture your talent and show you how to get started in the industry from day one. With their help, you’ll build your own professional portfolio, and learn how to produce, market and sell your music. You’ll become familiar with the ins and outs of project management, problem-solving, business networking, and career management, to prepare you for the business side of the job.

In this quarter, you will learn the fundamental technical and theoretical skills necessary to produce electronic music professionally. You will learn extensively within industry standard DAW’s such as Ableton live, applying music theory to your song writing, and learn proper techniques for sound design and composition of your original tracks.

In the second quarter students delve deeper into the topics covered in the first quarter solidifying their knowledge base and advancing their professional songwriting and composition abilities.

In your third quarter, you will start to apply advance techniques to your production, including advanced sound design, song writing, arrangement, mixing, and mastering.  The influence and value of genres and alternative approaches (including analysis of songs and song writing trends) will be explored, and you will begin to develop and apply your career plan with classes on how to market yourself in the context of the current music industry.

In the final quarter, you will complete your professional virtual presence as an artist and business.  Advanced courses in the various areas of music production and business allow you to perfect your art, style, and your technical expertise. Instructor mentorship provides feedback and guidance for preparing songs for proper release and finalizing business and marketing plans.

Following 20+ years in the music production field (in roles such as Chief Engineer, Studio Manager, and Recording Studio owner), Don focused on teaching and education management.  He served as Dean of Education at the 2nd largest private arts and technology college in British Columbia, sat on the Degree Quality Assessment Board by provincial appointment in BC, received his PhD in Education in 2012, and continues to serve as VP Education for Canadian based CAT (Centre for Arts and Technology). In 2016 he became an ICF Certified Executive Coach. He is and serves as.

Steve Aoki picked up on the polished delivery of a track Luca mixed for Dim Mak Records and this led to Luca mixing his entire album ‘Wonderland’ – a project that lead to a Grammy nod for Luca.  Luca regularly works with artists like Diplo (along with side projects Major Lazer and Jack U), MakJ, Lil Jon, Savoy, Gareth Emery, and Snoop Lion (Grammy nominated for “Reincarnated” album), Iggy Azalea, Morgan Page, 2 Chainz, and Calvin Harris. With the opening of The Studio at the Wynn/Encore in July 2013, Luca and his skills are now even more accessible to resident Las Vegas DJs and those on tour.

Luca desires to share his 20 plus years of music production experience, his master level expertise, and his unique hybrid set-up, with others. He is a seasoned instructor, having delivered many workshops and tutorials globally. Yes, mixing, mastering and sound engineering is technical, but it is also an art – and Luca Pretolesi is the modern day Da Vinci. Luca is a voting Member of the Grammy’s.

Working with artists such as DVBBS, Borgeous, and Bobby Puma, Scotty is a producer, mixing, and mastering engineer at Studio DMI where he immerses himself in honing his art and craft with his mentor; Grammy nominated engineer Luca Pretolesi. Scotty had a humble beginning in the music world where he was able to test his mixing and mastering techniques as a DJ, gaining live, first-hand feedback through audience reaction to his music on the dance floor. He now works at Studio DMI with Luca and applies expertise and attention to detail that come from thousands of hours of working with some of the top artists from around the world, adding finishing touches to songs unlike anyone else.

Nik “Ink Well” Hotchkiss is a DJ, producer, audio-engineer, multi-media artist, entrepreneur, and educator. Nik has worked in world-class recording studios between Florida, Tennessee, Nevada, and California recording over 400 artists at every level of the music business. He is an Associate Member of the Audio Engineering Society and holds several technical certifications relating to audio/video production. Nik holds a BA in Recording Arts and a master’s degree in Entertainment Business, and has applied this expertise over the last decade to designing and teaching audio engineering at multiple national colleges and music studios. He is a current faculty member at the College of Southern Nevada and the Art Institute of Las Vegas

Chris started his career working alongside The Matrix, a production and song writing team based in Los Angeles. Over the course of 4+ years, he sharpened his engineering and production skills while working on numerous A-List artists, including Katy Perry, Ricky Martin, Korn, Vanessa Carlton, Mandy Moore, Ashley Tisdale and many more. After relocating to Vancouver, Chris took over the position of Chief Engineer at Greenhouse Studios, where he worked with dozens of independent and major label artists. With over 15+ years’ experience, Chris is now an independent engineer and producer, dividing his time between Vancouver and Kelowna.  Chris is excited to share his knowledge and experience with others and has distinguished himself as an exceptional instructor.

Taylin’s first record deal was with Blue Label Records where he released multiple tracks that charted in the I-Tunes top 100 Dance Charts, co-produced/ co-wrote songs for independent artists and assisted artists in preparing DJ performances for headlining festival slots. After working with major PR Agencies such as Music Promo Today and Dotted Music, Taylin decided to use what he learned to take his career into his own hands as an independent artist. Taylin continues to pursue his passion for production while also sharing his learning with other like-minded artists as lead instructor for electronic music at the Centre for Arts and Technology in Canada.

A classically trained performer, Lora is embedded in the local British Columbia music scene.  Lora started her formal education with accreditations in Music Performance and Music Composition from Selkirk College, then certification in Advanced Theory RCM, a Licentiate in Music Education LRSL from Rockschool, in addition to licensure from Kindermusik.  Lora is a freelance pianist and solo performing artist and enthusiastically shares her knowledge and expertise as music instructor at the Wentworth Music Education Center and applied music theory for engineers and producers at the Canadian Centre for Arts and Technology.

“By pairing electronic music’s biggest hitmakers with fresh, developing creatives, Music Alliance Academy is driving great music to the forefront of the industry and opening doors for new talent. I think this pro/novice exchange is essential in the cultural development of dance music.” 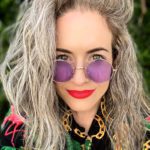 “I just wanted to say how impressed I am with the Digital Music Production course at CAT. As a DJ and producer, I have been in the industry for almost 30 years and in that time I have done multiple music and industry-related courses but I have to say that this course is the most comprehensive I have seen. The course is very much in-depth but starts at the basics and builds knowledge from there whereas in my experience a lot of courses assume knowledge which can mean some students tend to get left behind. It encompasses all aspects of the music industry from showing you how to prepare and perform a live set to producing your own music to understanding the intricacies of the business side such as contracts, publishing, copyright law and much more. On top of that, there is the incredible level of support available to each student, a total of 270 hours of mentorship, several hours a week from an amazing team of developers who know the industry inside out. Everything you need to move your career forward is here….. If I was starting out in music production this is the course I would do.” 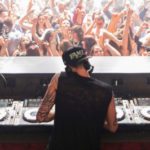 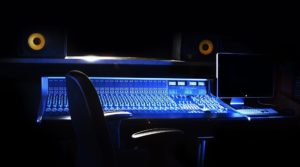