Photography may have begun as a hobby for you, but you soon recognized the potential to turn your hobby into something more. You are now ready to learn how the correct lighting and composition can change the way we look at just about everything. If the thought of working independently excites you, and you cannot wait to share your vision with the world, you are ready to make this vision a reality at the Centre for Arts and Technology.

Discover what it means to take your passion for photography and turn it into an exciting, rewarding, and fulfilling career at the Centre for Arts and Technology’s digital photography program. Start your photography career by diving into the technical and historical sides of the craft, while compiling a professional portfolio through working in the studio, classroom, and hands-on assignments.

In just 12-months, the professional photography diploma program offered at one of the leading digital photography schools in Canada will prepare you for these careers:

The digital photography program is designed to grow your skills, introduce you to new techniques, and prepare you to hit the ground running when you begin your career. Digital photography offers several career paths, but many of our graduates go on to start their own independent photography businesses working alongside clients to create impactful images.

Your time will be spent working closely with both instructors and students in the classroom, studio, and on location. Best of all, you will finish this course with a professional portfolio reflecting your own brand and style, a complete business plan, marketing material, and a website to help promote your skills to new clients.

“The structure of the Digital Photography program was ideal for quickly learning correct technique and getting one-on-one constructive feedback. Centre for Arts and Technology gave me the resources, a network, and the support I needed to lead to incredible opportunities.” –  Mike Phang

In the first quarter, students will be introduced to: the principles of photography, observing light, photographic categories, basic business practices, and professional development skills that will serve as a foundation for the remainder of the Digital Photography program. In Principles of Photography you will be instructed, through hands-on learning and assignments, the controls of your camera and terminologies related to: the exposure triangle, framing and composition, lens optics and basic color theory. Observing Light will put light in the spotlight…how does it work and how can we as image makers manipulate it to serve our creative outcomes? Students will work in class and on assignments learning the basic shaping tools and terminologies surrounding light in the photographic sense. Through Photographic Categories you will gain applied skills in basic core digital graphics software, whilst researching the various genres of photography available to the student upon graduation.

Building on your first quarter studies and practices, you will delve more deeply into the art and science of photography and image making in the second quarter. Technical excellence is the focus of Principles of Photography and Lighting for Stills classes. Here you will be working on increasingly advanced technical assignments, both in studio and on location, during hands-on, instructional class times. These assignments will cover numerous shooting scenarios and will provide the framework for strong skill-sets in creative and technical photography. These assignments will complement courses in Digital Imaging and History of Photography…digital workflow for the working professional, image processing and image manipulation

In your third quarter, you will begin to look at placing yourself in a photographic marketplace and how to do so. During Business of Photography classes you will conduct market research and develop a business plan for your proposed employment pathway. Employability Skills will breakdown professional working practices including health and safety, basic production skills and assignment/project management. In Lighting for Stills you will be set to work on a series of assignments aimed at improving your working practice/confidence by giving you more creative scope within which to develop your sense of space, place and your photographic voice.  Emphasis will be placed on creative direction and working methodology. Advanced Digital Imaging will continue researching and recreating manipulation principles and techniques as well as develop ‘shoot-to-edit’ skills inherent to particular genres of photography.

This is where everything comes together, your final quarter. Best foot forward is the name of the next three months. You will spend a large portion of your time in this quarter preparing your final photographic portfolios (print and website). This will be done in your Portfolio Production Workshops where you will be mentored and instructed in putting together your best images in the best way possible. We will undertake two large scale productions, a tableau in Contemporary Photography Awareness and a photographic Essay and slideshow in the Professional Photography component. In Business of Photography you will build out all things necessary to get you and your images into the marketplace upon graduation…social media marketing platforms, business cards, a marketing strategy and the beginnings of a brand identity. Digital Darkroom will at continue looking at professional composite shooting, editing for print submissions and development of a dynamic workflow that will support your photographic style and working habits.

Victor’s interest in film started at age 17 when he had the opportunity to work as a PA on the documentary film A Life, by the late award-winning Canadian documentary filmmaker Frank Cole. After his work on the film (described by Andrienne Mancia of New York’s Museum of Modern Art as doing “some of the things that Scorsese does in The Last Temptation of Christ, but perhaps better”) Victor moved into photography, studying for a BFA at the University of Ottawa.

Post university, Victor worked as a set photographer, gaffer, camera assistant and camera operator in the Ottawa, Toronto and Montreal film industries; he then opened Erebus Productions, a facilities house which serviced the Eastern corridor with grip, electric, 16 mm and 35 mm film cameras. After a period directing music videos for Canadian bands,  he moved to producing and directing under the banner Panfilms, where he won several awards in various categories, including documentary, national PSA’s, and animation, for a variety of networks, including CTV, OLN TVO and CBC.

In 2001, Victor moved to the UK where he became the director of BBC Scotland’s longest serving episodic television series The Beechgrove as well as several series for ITV and BBC Gaelic. Over the course of eight years he directed and produced over 150 episodes of primetime, from documentary, to lifestyle to reality. Victor also acted as Executive Producer on the BBC series, The Food Trail. Victor gained national recognition for his role as producer/director on the ITV series The Woman Who Ate Scotland, which broke established viewing figures and gained a Scottish Thistle nomination.

After moving back to Canada in 2008, he worked as director of development at Ocean Entertainment in Halifax, Nova Scotia before relocating to the Okanagan.. Victor now lives in Kelowna and works at the Center for Arts and Technology managing the Digital Filmmaking, and Digital Photography departments.

To learn more about working in the Photography Industry, you can listen to our PODCAST  with Victor on our Soundcloud Stream.

Grant’s interest in photography has taken him on fashion, advertising and editorial commissions; although he is best known for his work in the cycling and motorcycle industries and his genuine distaste for social media.

He left Canada at the end of his high-school education to travel and photograph throughout Europe. His interest in photographic theories and the printed image led him to the Falmouth College Of Arts in the UK where he studied for his BA (Hons) in Photographic History and Communication.  As a student he was awarded in the UK Association Of Photographers + KODAK Awards for his portraiture work, and as a professional his work has featured on numerous magazine covers, in advertising campaigns and editorial commissions. For the first 12 years of his career he lived and worked out of London, England and has recently relocated with his young family to the Okanagan. He continues to travel on commissions and build his personal work exploring aspects of memory and the accumulation and interpretation of experiences through imagery.

“After completing my first year in a Visual Arts program at [another university], I realized I needed something for focused on the field I wanted to study. After realizing that I had wanted to pursue a focused art genre such as photography I needed to find a program that specialized in just that. I found the photography program at CATO that April and applied right away. It provided me the skills I needed while being close enough to my home town which was important to me at the time. I was eased into a bigger city and felt ready for something more when I graduated-hence moving my career and life to Vancouver.” 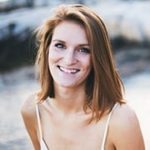 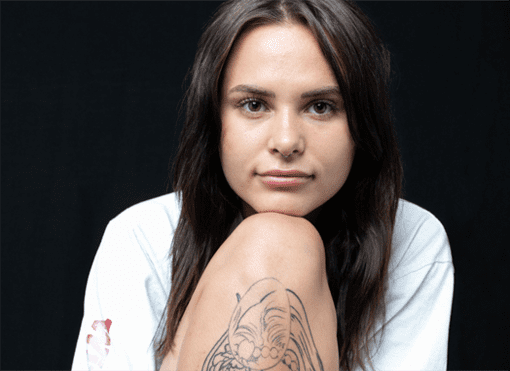