Music is your life. You know an addictive beat when you hear it—and you’re ready to spin your own. You want to create music that fills the dance floor and brings the roof down. Knowing what works, what doesn’t, and what people really want to hear are your finest attributes. All you need is a helping hand and a little know-how to launch your career as an electronic music artist. Are you ready to take the stage? In just six months, you’ll be able to make a name for yourself in the following music industry careers:

Technology and music are in a constant state of development. Digital music artists are at the forefront of the mainstream on both live and virtual stages. Those who at one time were considered DJs, now create their own beats, rhythms and mash-ups that appeal to millions of fans. The 6-month Electronic Music Fundamentals certificate program at Centre for Arts and Technology is designed to take you to the next level. You’ll learn the art of production, while discovering the entrepreneurial side of the music industry. You’ll master: Music Production and Sound Design—Theory of Recording Engineering—Desktop Studio Production Tools and Setup—Music Management and Marketing—Producing Styles—Mix Down and Mastering—Digital Performance—Digital Music Entrepreneurship. Our professional instructors will show you how to make music, and how to turn that music into a meaningful and lasting career. Our Audio Engineering Department is second-to-none, with custom built studios, the latest software, and cutting-edge technology; so, after just six months, you’ll know exactly how to take your show on the road. And even before you’re finished, you just might find yourself playing for amped up crowds at major events.

“If you are passionate about music, you really want to learn, and you’re ready to get into the industry, then you should be coming to Centre for Arts and Technology.” –     Jake Maters, aka “DJ Maestoso”

In this quarter, you will learn the fundamental technical and theoretical skills necessary to work in the audio industry as it relates to electronic artists and producers. You will learn extensively within industry standard DAW’s such as Ableton live, applying music theory to your song writing, and learn proper techniques for sound designing your own tracks.

In the second quarter students will delve deeper into topics covered in the first quarter solidifying their knowledge base. Students will also learn the ins and outs of performing their sets live, including beat matching, phrasing and mixing tracks. The second quarter also has students working more intensely on their sound design and song writing.

Chris Holmes started his career working alongside The Matrix, a production and song writing team based in Los Angeles. Over the course of 4+ years, he sharpened his engineering and production skills while working on numerous A-List artists, including Katy Perry, Ricky Martin, Korn, Vanessa Carlton, Mandy Moore, Ashley Tisdale and many more. After relocating to Vancouver, Chris took over the position of Chief Engineer at Greenhouse Studios, where he worked with dozens of independent and major label artists. With over 15+ years’ experience, Chris is now an independent engineer and producer, dividing his time between Vancouver and Kelowna.  Chris is excited to bring his knowledge and experience to the audio students at the Centre for Arts and Technology.

Tony started his career in audio post production in Vancouver, where he continues to work as an award winning senior sound supervisor, sound designer and re-recording mixer.  Tony’s award-winning feature credits include: Nightwatching, a British-Dutch-Canada co-production for renowned filmmaker, Peter Greenaway (The Cook, The Thief, His Wife and Her Lover; The Pillow Book); Its All Gone Pete Tong, a British-Canada co-production for Canadian director, Michael Dowse (FUBAR); and Partition, an India-Canada co-production for Canadian director, Vic Sarin (Love On The Side, A Shine of Rainbows). Among his home entertainment and television credits are sequels 3, 4 and 5 in the Dr. Dolittle series for Fox Home Entertainment and the first two seasons of The L Word for Showtime Television.  He is currently finishing the TV movie adaptations of Beverly Hills 90210 and Melrose Place.

A classically trained performer, Lora is embedded in the local music scene.  Lora started her formal education with a diploma in Music Performance and another in Music Composition from Selkirk College.  Her additional accreditation includes being a licensed Kindermusik instructor, a certificate in Advanced Theory RCM, and a Licentiate in Music Education .LRSL from Rockschool.  In addition to being a freelance pianist and solo performing artist, Lora has been a private music instructor at the Wentworth Music Education Center for the last nineteen years.  Lora brings a wealth of knowledge to the Centre and a passion for music to match.

As a graduate of the Centre in Audio Engineering and Production, Mike brings five years’ experience in a variety of audio industry jobs.  Upon graduation, Mike went to work with Idevcore Media Inc., creating sound effects and composing scores for video games.  He also spent time tracking, editing and mixing for Media Button.  Beyond those roles, Mike’s true passion has been in live sound, as he worked as the Live Sound Engineer for Wentworth Music, engineering for musicians such as Biff Naked, Aaron Pritchett, April Wine and Big Sugar.  Mike also spent seven years as the Head Sound Engineer for the Sky High Blues Festival, and has produced and engineered albums for numerous artists. 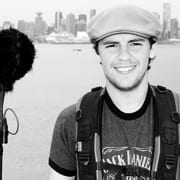 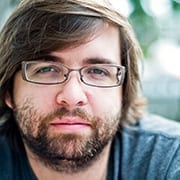 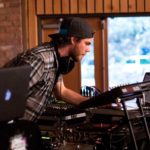 This website uses cookies to improve your experience. If you continue to use this site, you agree with it.
Ok
REQUEST INFO!