It goes without saying, you’ve got a keen eye for design. You know that when images and words come together in just the right way, it’s magic on the page. You want to make an impact on the world by combining cutting-edge design principles with emerging technology. This isn’t just THE future…it is YOUR future.

Graphic & Web Design is an extremely well-rounded program that prepares you for a number of career paths including Graphic Design, Creative Direction, Production and Interactive Design, Layout Design and more! Our graduates are highly sought after by employers because of their ability to multitask in highly specialized areas and offer creative design solutions. New media is constantly introducing us to alternative outlets for artistic expression. The demand for graphic artists, who are proficient in the latest suite of programs, continues to grow.

Centre for Arts and Technology prides itself on hiring the very best instructors in the field. You’ll learn in a hands-on atmosphere and pick up tried and tested industry skills from people who have built a reputation owning or working with leading design firms. During this intensive 15 month program you’ll learn every aspect of creating awe-inspiring designs, become proficient in the latest software and understand the basic aspects of photography & videography, marketing and front-end website development. With Instructor guidance you’ll even graduate from the program with a digital portfolio of your projects to kickstart your career.

In your first quarter, you will learn about graphic file management, core graphic and web design applications, business communications, and project management to serve as a foundation for the remainder of your program. In Foundation of Art and Design, you will explore the evolution of imagery from primitive art through to today’s digital creations, with a focus on the elemental themes in design, composition, and content. This will allow you to understand the artistic direction demanded by future clients. You will also be introduced to branding concepts, business technology, target marketing and messaging as well as foundational computer graphics skills.

In your second quarter, you will explore foundational photography concepts, allowing you to incorporate visual imagery into your designs. This quarter will also deepen your knowledge of computer graphics, and through the application of Adobe Photoshop and other manipulation programs, you will create projects inspired by key artistic movements. Two separate layout and design classes will strengthen your understanding of principles for both print and web designs, including typography, color selection, hierarchy and user experience.

In your third quarter, you will explore digital video and the art of storytelling, and learn about the essential tools and methods of digital illustration. You will also gain deeper understanding of advertising design principles, packaging concepts and promotion basics. You will also be introduced to workflow concepts, learning how to communicate design progress and output a final design for various printing methods. Rounding out your third quarter is an introduction to front-end website development, creating basic web pages with introductory-level Cascading Style Sheets (CSS) and HTML.

In your fourth quarter you begin to explore the realities of this exciting industry through a variety of real-world case studies and begin to understand the complex interactions between humans and interfaces, ultimately allowing you to create effortless, straightforward designs. You will also be exposed to the fundamentals of digital marketing concepts, including market characteristics, strategic planning, economics and research techniques. Lastly, your fourth quarter will also cover foundational concepts of magazine design.

Your fifth and final quarter is all about getting you career ready! Through classes such as Career Management and Employability Skills you will begin to hone in on your professional persona, including defining your career goals and developing your career action plan. This quarter will also extend your knowledge of working with open source website creation platforms such as WordPress which can be translated to your own portfolio website! Weaving through the final quarter is your Final Grad Project class, where you will finalize your “style”, prepare your work for potential clients and understand how to select the best designs for your final portfolio.

Deborah ‘s career encompasses fashion, film, music, television, design, print journalism and education at the post graduate level and has spent most of the past 30 years in London, UK (with a couple of years here and there in Los Angeles and Vancouver).

In her work, she travelled extensively covering the international Ready-to-Wear and Couture designer collections for print and television. She has also worked for RCA records in LA and in the graphics department at Island Records in the UK, directed and segment produced for a number of fashion and lifestyle programmes in the UK, worked in pop promos and feature films, and continues to write and organize fashion shoots for print magazines in Canada and the UK.

Deborah spent twelve years running BA programmes and MA courses for the University for the Creative Arts in the UK, where she was twice the recipient of Teaching Excellent awards. She used to design ads in her role as advertising rep at The Georgia Straight newspaper in Vancouver, and collaborated with London graphic designer Robert de Niet on ten Issues of Segue, the graduate magazine for the Fashion Journalism Department at UCA, UK. She also contributes regularly to ICON Okanagan.

Kiko is a talented, passionate Web Developer and Graphic Designer with a broad range of experience in the web and graphic design industry. He has experience working with larger web agencies, as well as free lancing, and working as an in house developer/SEO specialist. Kiko’s Graphic Design skills are in such programs as Photoshop, Illustrator, Premiere Pro, and many other programs from the Adobe Suite to create web designs, business cards, brand assets for print and web, and more. His web skills are in MySQL, PHP, Node Js, jQuery, Javascript, HTML, CSS, Linux, WordPress, and in using the Cake PHP framework. Kiko’s passion lies greatly in his love for graphic design and web development, but even more so in his desire to teach. Teaching at the Centre for Arts and Technology allows Kiko to keep one foot in industry, while following his passion for sharing his knowledge and experience with the new generation.

With a degree from the University of Toronto in Semiotics and Communication Theory in hand, Kat set her sights on an Advertising and Graphic Design diploma from Humber College Institute of Technology.  Her creativity has since taken hold and led her to a successful career in graphic design, marketing, and print.  Kat’s skills span all of the applicable graphic design software systems, including In Design, Illustrator, Photoshop, Quark, Dreamweaver, Flash and Final Cut.  Kat’s interest in extreme sports has pushed her towards companies with similar values, designing for West 49, Billabong, and Big White Ski Resort.  While teaching at the Centre, Kat can also be found mountain biking, snowboarding, or wakeboarding.

Carrie Mayhew has established herself as a strong presence in the design community.  Graduating with a Bachelor of Design from the Alberta College of Art & Design (ACAD), Carrie has put her skills to work by creating her own design company and magazine.  Carrie’s company, Ginger Creative, specialize in corporate branding, layout design, website design, editorial design, wedding invitations and wedding day-of details.  Along with her design company, Carrie also started ‘Adore’ magazine, an Okanagan wedding & lifestyle magazine that is a community hub for the local Okanagan wedding professionals. Carrie loves taking unique ideas and translating them into creative communicative and tangible visual forms.

Elizabeth Dykosky’s work is unique and shows extraordinary colour use and remarkable talent wielding the brush or the pallet knife. Her work has been exhibited at various galleries throughout the world, among others in Italy(Rome), Canada(Montreal, Toronto, Vancouver, and Kelowna), the USA(Detroit), as well as the United Arab Emirates(Dubai and Salalah). Her paintings belong to the private collection of the Vatican, Burj Al Arab Hotel in Dubai, and Shanfari Group of Companies in Salalah, UAE.

Her pieces capture the essence of the subject to a degree that leaves a lasting impact on the viewer.

Jamie moved to Kelowna from London, England in 2013 after a very successful career spanning around 17 years with BMW UK.

He had been successfully ‘playing’ at being a photographer for around 10 years, never committing to making it his full time gig. However, when everything seemed to align perfectly, he couldn’t ignore the opportunity for a radical change of direction in life. Jamie resigned from his perfectly good job, jumped on a plane and headed to explore what Canada had to offer.

He enrolled at Centre for Arts and Technology, graduating from the Digital Video Fusion Program in 2014, as a way of broadening his creative offering. He has since formed a successful Photography, Videography and Events Management Company, called Pinstripe Productions Ltd., producing work across North America with his two Co-founders.

Aside from his own productions, Jamie is also hired as a Camera Operator for live TV, sporting and music events and is an experienced Gimbal Operator. He has worked on small and large production films and documentaries filmed in the Okanagan and in Europe.

Peter is constantly pushing himself to become an expert in his field. His passion and talent has led to a strong knowledge base and successful career in website design, graphic design, and website development. Before becoming head of Lifeblood Marketing Peter was the CTO and Senior Developer at Hiilite, the National Distributed Learning Manager and Lead Instructor for the Graphic Design and Web Development programs at CATO. He is also active in the non-profit community, doing work with Opera Kelowna, The Grindstone Award Foundation, and the Fat Cat Children’s Festival. With over a decade of experience in the multimedia industry, Peter possesses an expert level of understanding and knowledge of technology, and education. If Google was a person, he would be Peter-Singh Vigilante… seriously, what can’t he do?

Before opening Spun Studios in 2004, Jon worked for a web development agency and also freelanced.

Jon is an avid mountain biker and has been fortunate to work with many clients in that industry. from large, international bicycle manufacturers (like Cannondale and GT Bikes) to highly acclaimed mountain bike filmmakers (like The Collective and Anthill Films) to local bike shops and regional manufacturers.

Jon loves to teach and it shows. Helping students get the most out of their time at CAT is his number one goal. Jon especially enjoys passing on his knowledge of Adobe Photoshop, Illustrator & InDesign. 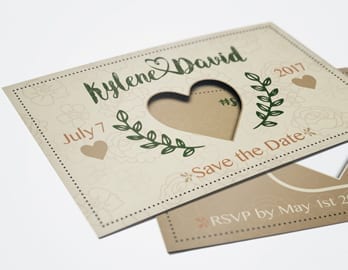 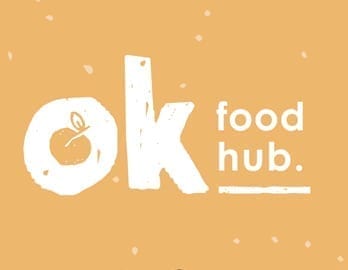 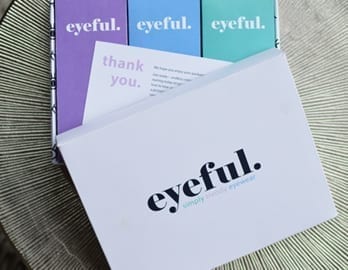 “I signed a contract for a full-time graphic design position before I had even graduated. I took on tutoring, and becoming a teaching assistant to the program, as well as took on many freelance projects. I am now in the work force doing what I love, and I have honestly been able to say that I feel like I do not work. I just create – and that is what I went to CATO for. It was life changing, and the best decision I have ever made.” 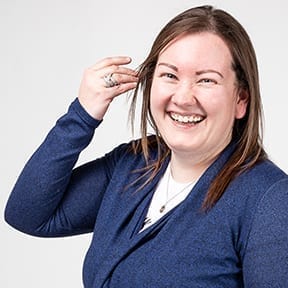 “My overall experience at CATO was amazing. Everything from my peers to the curriculum to the teachers made my year and a half there an unforgettable experience. CATO offered me such a variety of skills that my resume stood out from other graphic designers. Never settle for just “good enough” and keep learning.” 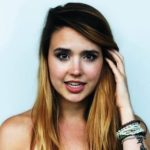 “CAT connected me with lifelong friends and provided me with the technical skills that have allowed me to express my creativity professionally in an industry that I love. During my program, having the lab time during the day and at night helped me get all of my work done. I enjoyed all the late nights working with my classmates and the bond that was created while working on projects. I would tell students considering the school that it is a lot of hard work, but that the end result is spectacular!” 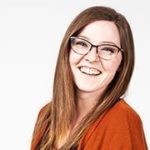 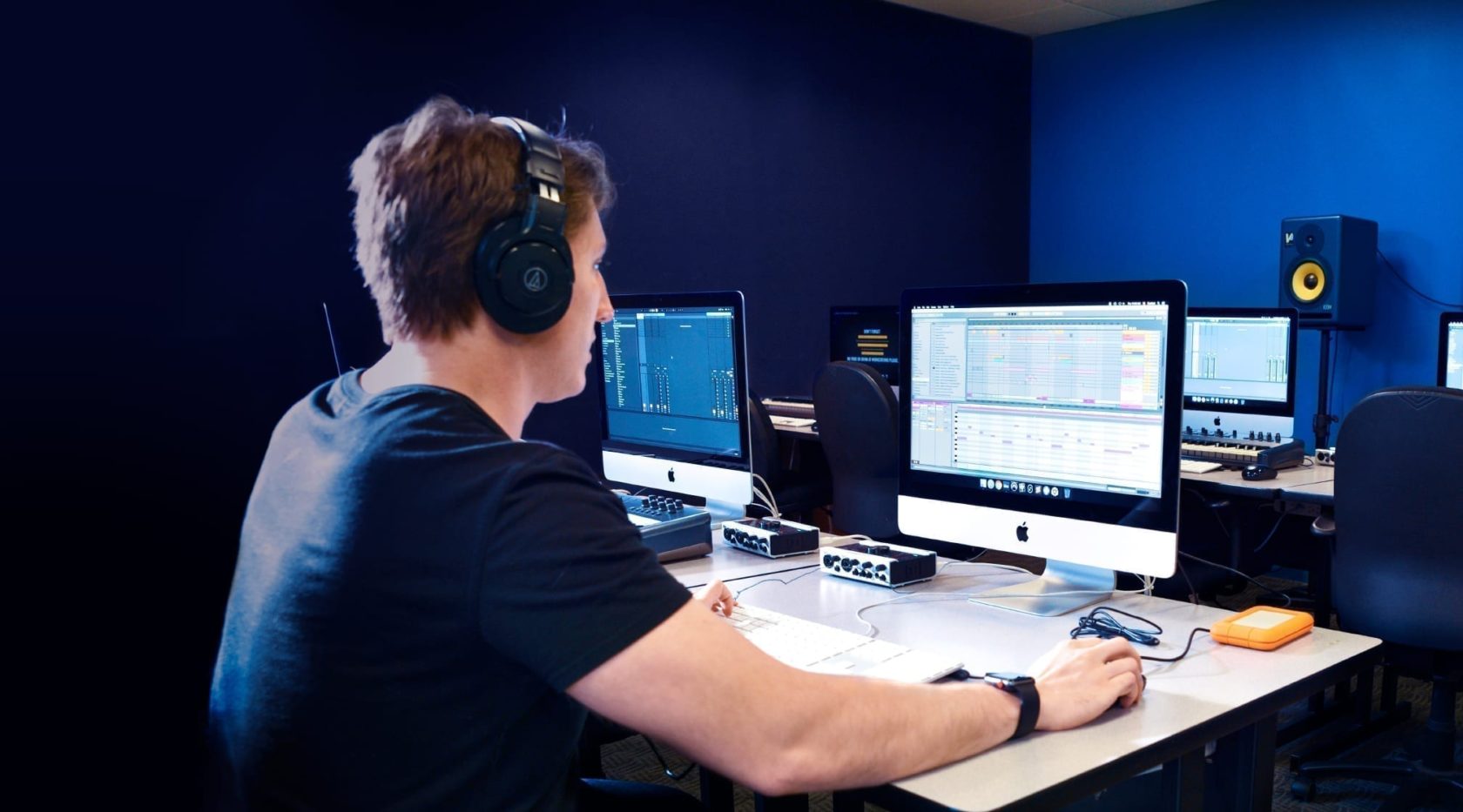