If working for yourself is the dream, here’s what you need to know:

The first year of a new business venture sucks. There’s just no other way to spin it. Struggling to get your business off the ground is something every person deals with, and for most, it really is the great filter. Most businesses don’t get out of this first year, as it becomes too difficult, too financially draining, and most importantly too emotionally draining. Trying to get an independent creative business off the ground is even harder work, and for most people that hard work with overshadow the end reward.

Entire books are written on successful business structure and management, but here are a few pointers that I feel greatly helped me when my business was in its infancy.

Getting Your First Client Is The Hard Part

Getting someone, anyone to pay for your services when you’re completely untested and green is a monumental hurdle. Often, that first client is the most critical one of your career, as the quality of that project will directly affect whether you get another. That first client is so important that I am going to suggest something very taboo: Do whatever is necessary to make it great, even if it means working for free.

One of the first projects I worked on out of school was a tiny metal album for some friends of a friend. They had no idea how my work would be as I had literally never recorded a single thing outside of school (that I’d want them to hear), so they were very hesitant to work with me. I knew this project was critical to me, so I made a daring pitch: They would put money up for studio time, and I wouldn’t charge them for my time. I would make zero dollars on the album, but the one variable that was the most critical to the final product would be covered. I knew that if they would spring for the studio on my choice, I would be able to deliver on the sound they wanted.

It was a huge financial gamble, and I was lucky enough that it paid off. Months later when the album finally released, I had three different artists reach out simply based on hearing it. Those three bands were the real beginning of my career, and the first band was more of a stepping stone. What would of happen if I charged them? More than likely we would of sacrificed a better studio space and the final project would have been weaker.

The quality of your first project should outweigh your own financial needs.

Within your first year, you should follow a simple Mantra: Quantity Over Quality. I know this goes against the norm but hear me out. No matter how skilled you are, or how much you’ve learned through formal education, there’s an intangible skill set that comes with experience. The quicker you can get that experience, the faster you’ll be able to deliver a top-notch product.

For every record I’ve done that I’m very proud of, there are dozens that I hope no one ever digs up. While most of those projects are absolutely terrible, it was the experience and skills I learned working on them that makes me who I am today. Learning to “polish turds” is an essential skill, especially in audio, and the only way to learn how to do it is by working with terrible artists.

A producer who was much wiser than me once told me: “Bad music is forgotten. Here’s what’ll happen, either the song is bad and no one will care what it sounds like, or the song will be good and suddenly people will think your bad engineering was intentional. It’s win-win for you.”

Once you get through your first year and have done your share of terrible albums or projects, then start becoming more selective, and strive towards greatness.

I’ve attached an image that I think should live on the wall of every studio, office, or creative space for clients to see. This singular image sums up what it’s like discussion budgets with clients when you first start out. Everyone wants a flawless, top-notch product, for free, and to receive it by the end of this sentence. This is never the reality, and showing them this diagram helps bring it in to focus for most people. It’s a simple process: Pick two and only two of the three options. By forcing your clients to prioritize what it is they actually want and need, it’ll help them understand the reality of what it is they want to be done. If I had to sum this up in a simple slogan if would be this:

Quality costs. You either have to spend your time or your money.

I don’t know if it’s just coincidence or a statistically verifiable phenomenon, but the clients that a new business attract seem to always have the most outlandish expectations for their final product. In the first few years of my audio work, I dealt with the most difficult clients in my entire career. Their expectations for what they were capable of were not realistic, they wanted a quality that would cost any other artist hundreds of thousands of dollars, and to top it off they are seemingly experts on recording. Managing these types of people is a critical life skill you have to learn, and unfortunately, the only way to do that is by having one of them steamroll you.

About a year into being an engineer, I was approached to mix an album for an artist from my hometown. I was living in LA at the time, and they really liked a record I had done and wanted a similar sound. I explained to them that that wasn’t really possible as that album had been tracked in LA with a very specific studio and equipment and that I doubted that their recordings were of a similar quality. Despite this warning, the band wanted to move forward with mixing the album. We agreed on a rate, including five revisions. After I sent the first draft to the client, I was horrified when I got back what can only be described as a short novel of changes. The artist understood that they only had a finite amount of revisions, so they were going to cram as many changes as possible into each one.

To sum up this story up, I spent close to an additional 40-50 hours doing changes for them, and at the end of which they still complained that they had more, they wanted to do. The reality was that despite my attempts to make them understand that their album would never sound like that other record, they were trying to micromanage their way into somehow making it happen.

From that point forward, I always set a limit on how many revisions I would do AND how many hours I would spend on said revisions. I also adopted a fairly heavy-handed approach to honesty with artists, and usually included a phrase like: “If you want to sound like XYZ album, this is what it costs and this is what you’ll need to be able to do. If you can’t do that or pay that then it will not happen”

The Light At The End Of The Tunnel

The first years a grind that shouldn’t be taken lightly. It’s designed to weed out those who aren’t really that serious about it, and to really show you whether or not you are capable of following your dream career.

I’d like to leave with this quote from Bill Gates:

“What you do is about 50 hours and 90% drop out because they don’t like it or they’re not good. Then you do another 50 hours and 90% drop out. It’s these constant cycles, and you do have to be lucky enough, but you do also have to be fanatical enough to keep going. The person who makes 10,000 hours is not just somebody who’s done it for 10,000 hours, they’re somebody who is chosen and been chosen many different times.”

The meaning of this rings very true, the people who succeed in any industry are those that are willing to put in the work and push through the adversity. 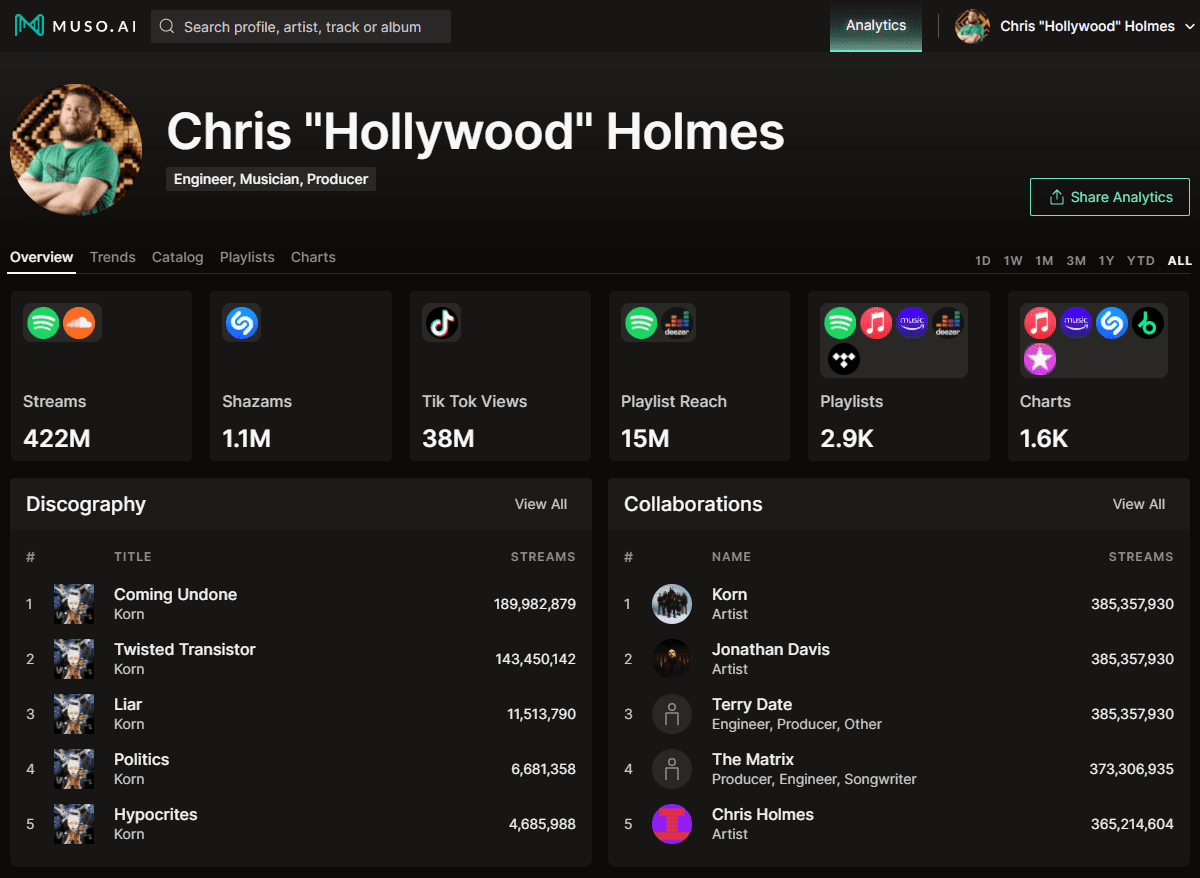 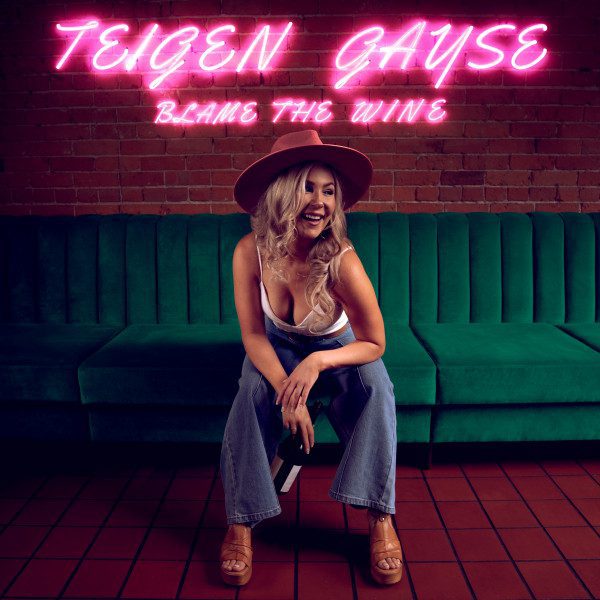 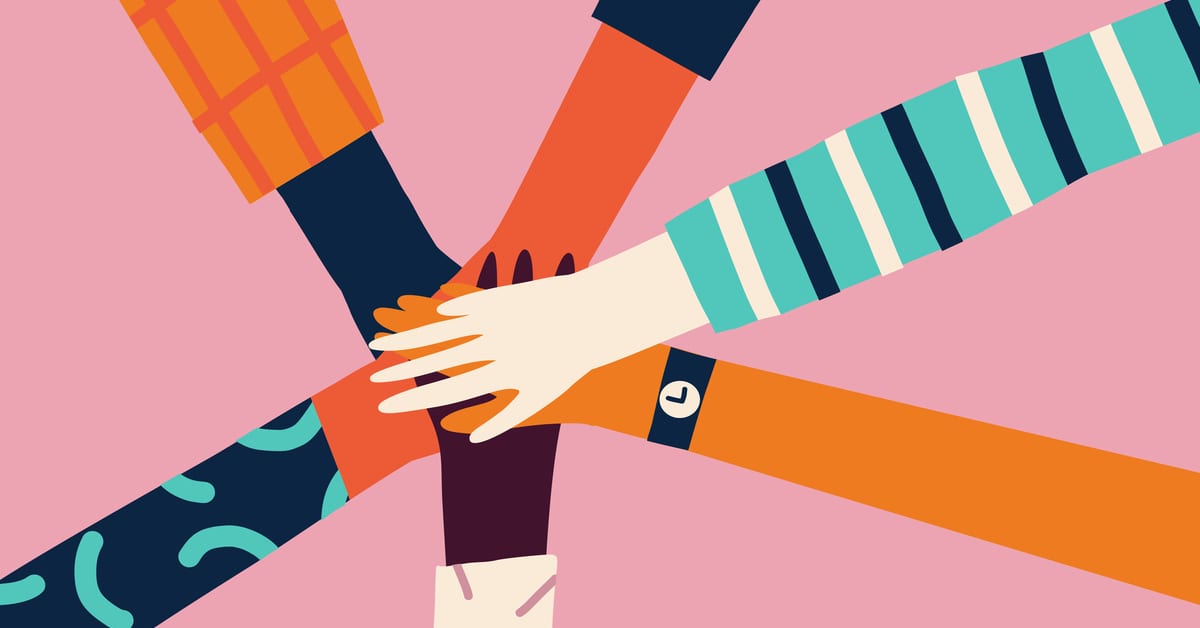 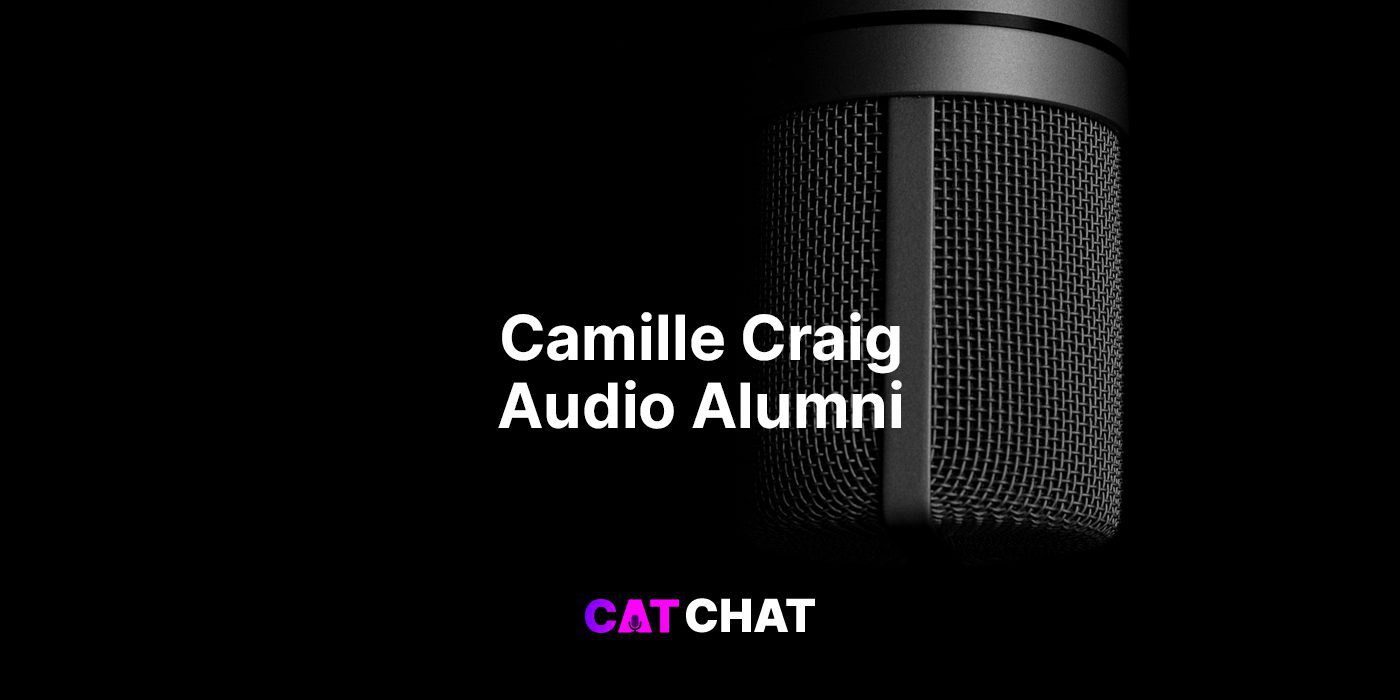 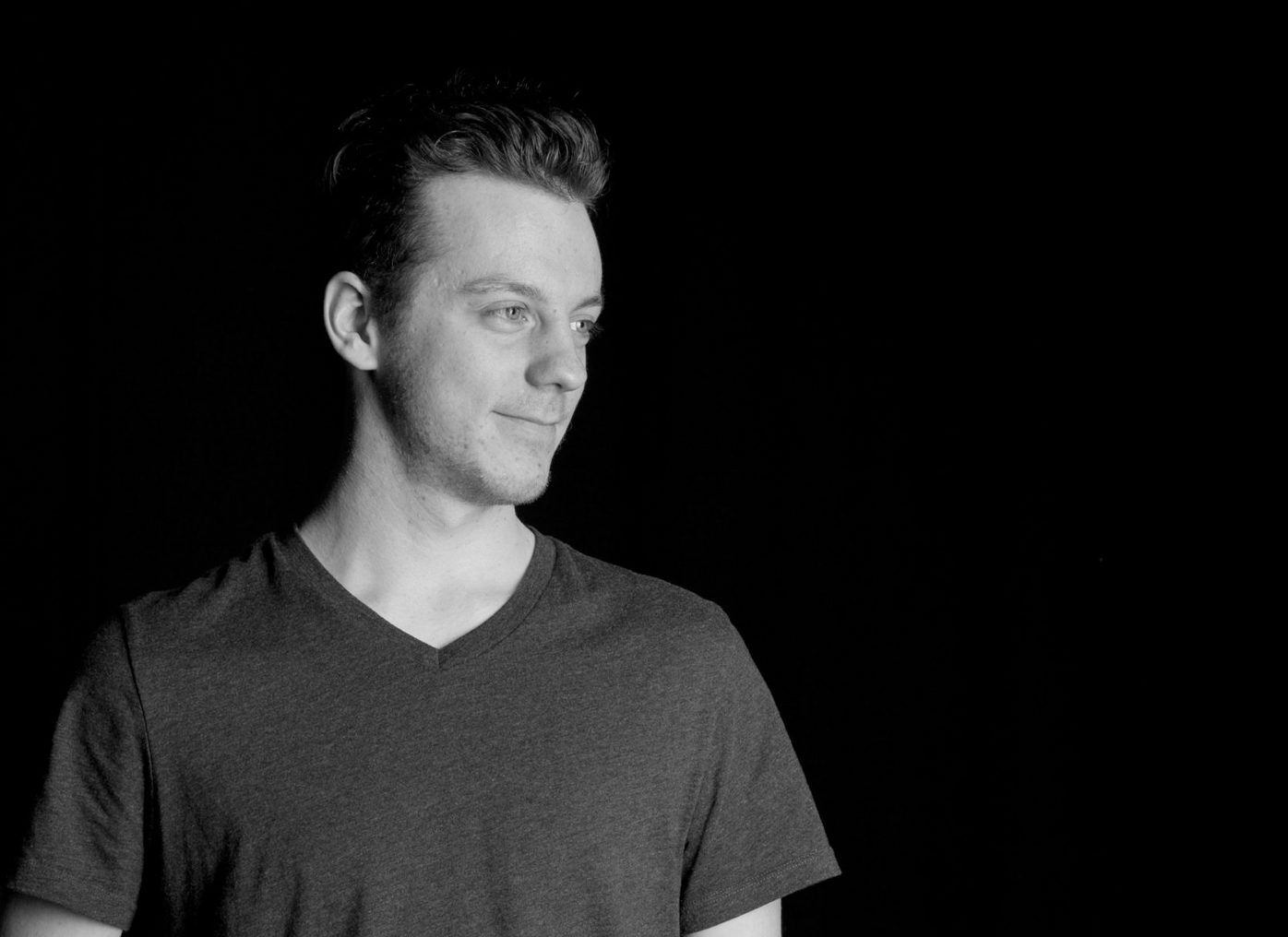 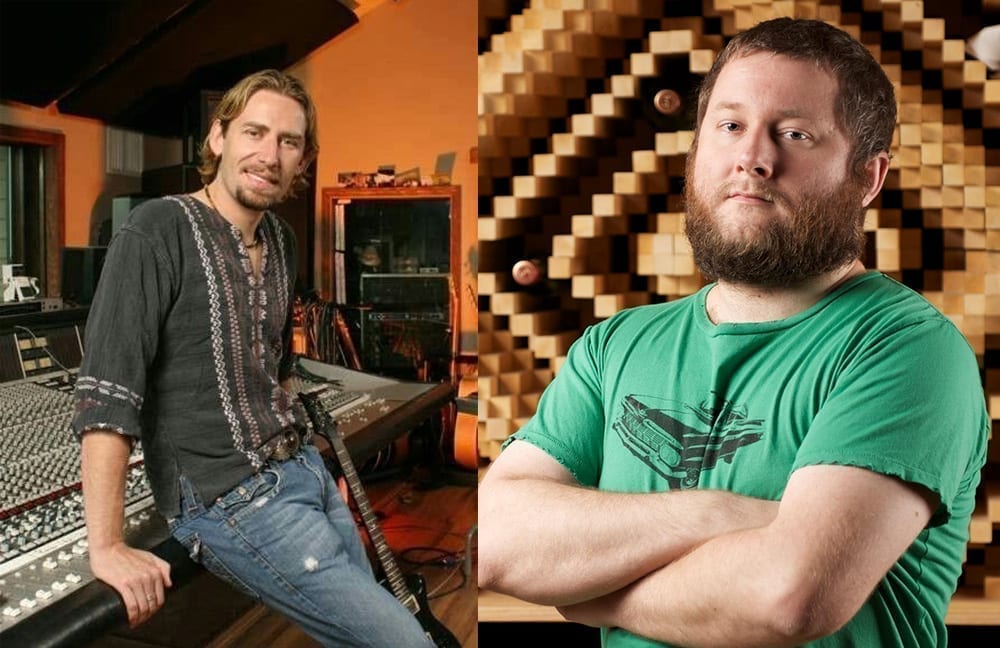