In only 15 months, you will learn all about the 2D Animation World!  Animated Characters are no longer only seen on the big screen – they’ve worked their way into online games, apps, TV commercials…though media is ever-changing, our connection with animated characters will always remain!

You will break into the job market with a professional portfolio and demo reel, showcasing your talent and your style to potential employers!  A solid grasp of 2D Animation remains one of the key foundational skills many studios look for in hiring animators!

You will have practical know-how in the following key areas:

This accelerated program will give you the skills and training you need to dive into the animation industry, including Traditional and Digital Character Animation—Life Drawing—Character Design—Digital Editing and Painting

Graduates of this program can be found working on some amazing projects, including Rick and Morty  •  Dorg Van Dango  •  The Snoopy Show  •  Teen Titans GO

We are proud to announce that the Centre for Arts and Technology has now partnered with Langara College, Continuing Studies to offer our 2D Animation & Digital Art and 3D Animation for Game, Film & Visual Effects programs at Langara’s downtown Vancouver campus! Read more.

In this introductory quarter, you will learn the practical skills and knowledge that form the foundation of visual art in animation. In your initial Character Animation course, you will be introduced to the principles of animation and the application of traditional drawing in  2D animation. You will get an Introduction to the Animation Industry which covers the history of animation, its changing cultural significance, major past and current players/influencers, types of animation (2D, 3D, stop-motion, motion capture).  In your first Life Drawing course, weekly life drawing sessions will train you to render the human form accurately – a skill essential to 2D Animation.

In your second quarter, you will build upon the fundamental principles of animation acquired in your first quarter with further traditional study of human and animal mechanics and acting. You will concentrate on fine-tuning your life drawing skills such as shading, perspective, anatomy, proportions, and other elements essential to artistically represent the human form.  The principles and rules of linear and organic perspective are covered alongside other drawing elements.  Digital painting and design for animation will be introduced to complement and broaden your artistic palette.

In your third quarter, you will transition from traditional animation into Digital Character Animation where, in addition to animating with studio-quality assets, you will be introduced to the tools and techniques of working in this digital medium.  You will continue with more advanced life drawing training in which you will gain further knowledge of anatomy, structure, composition, line weight and rendering for portraying the human and animal form alongside developing the techniques and principles for strong character design. You will also become familiar with Storyboarding, where you will practice creating sequential art to convey story and character in visual media.

In your fourth quarter, you will continue honing the process and techniques of 2D Digital Character Animation through the application of industry-standard methods and software tools.  You will add essential breadth to your 2D art portfolio through traditional mixed media study in life drawing with watercolour painting, marker and ink rendering, pencil and pastel as well as design principles and elements as it relates to design in animation.  You will begin the pre-production process of pitching and developing an idea for your final project which allows you to explore the creative freedom of realizing your own idea while putting into practise everything you have learned about the process of an animated show pipeline.

In this crucial final quarter, you will benefit from the guidance and mentoring of your professional instructors and success coaches designed to aid you in securing employment after graduation. Digital Character Animation will continue to teach and reinforce more advanced techniques, allowing you to hone your animation skills to the level of employability.  Your final project will enter the key production phase and you will learn to use digital editing and post-production processes in the delivery of this final project and professional demo reel and portfolio site.

Graduating in 1992, Sean jumped right into animating and developing CD-Rom games for an independent video game company in Oakville, Ont.  In 1994 the attraction of the west coast and the burgeoning Vancouver animation industry-led Sean to work at major pre-production houses in the Lower Mainland such as ‘Studio ‘B’ Productions’ and ‘Bardel Entertainment’ designing on many television shows such as “The Magic School Bus”, and “Tales from the Cryptkeeper”.  In 1996 ‘Disney’ came to Vancouver and over the next 4 years Sean helped animate many feature-length projects including the award-winning “Beauty and the Beast: The Enchanted Christmas”.

Always looking for a challenge and a chance to broaden his skills, Sean accepted a position as a computer graphic artist on the ‘NBA Live” team at Electronic Arts Canada in Burnaby, BC.

In 2000, Sean started his teaching career, joining the ‘Centre for Digital Imaging and Sound’ as an instructor while working full-time in the industry.  In 2002, Sean was offered the full-time position of Animation department head at the ‘Center for Arts and Technology’ in Fredericton, New Brunswick and decided to make the journey back east with his family.

Sean is back in BC and has been with the Centre for Arts and Technology for over 11 years in the role of Department Head and full-time instructor.

To learn more about working in the Animation Industry, you can listen to our PODCAST with Sean on our Soundcloud Stream.

Norm Roen graduated from Sheridan College’s three-year animation program as a traditional animator. He’s done a variety of work all over the world from South Korea, Taiwan and China. For these careers, his clients consisted of Disney, Universal and Studio Bin Vancouver. Norm also worked as an overseas director in Shanghai for Berliner Film Company. His jobs have included animator, layout artist, background painter, director and overseas director. Norm has had an exciting teaching career at Harbin University of Science and Technology in China and now passes on his wealth of knowledge and expertise in 2D animation, to students at the Centre for Arts and Technology.

Vincenzo is a Saskatchewan-born artist, spending his early career doing a variety of unique projects; from having a successful art showing to branding a local arts festival, and running a small art card business to graphic illustrating for magazines.  Graduated with honours from the Algonquin College Animation program in Ottawa, Ontario and began his professional animation career while still finishing his third year of school. He has contributed to a variety of projects in a range of styles and genres including: “The Cat in The Hat Knows a Lot About That!”, “Transformers Rescue Bots”, “X-Men” motion comics, and the new hit show “Rocket Monkeys”.

Vincenzo currently works as an animation supervisor at Yeti Farm Creative and continues to pursue new and exciting projects that challenge and inspire him.

Brandon is a 2D animator that specializes in Flash animation. He has over 7 years of professional experience working on a multitude of Flash projects ranging from game development to production animation. Currently, he’s working for Atomic Cartoons, through Yeti Farm Creative, on the production Rocket Monkeys.

Born and raised in Pakistan, Tina travelled within the country and overseas with her diplomat father.

Trained as a Graphic Designer, her artistic journey has been that of an explorer. She works in a variety of mediums, of which pastels are her medium of preference. Often enjoying an “explosion” of colours, Tina finds working with a limited palette equally thrilling. Light cascading over forms, natural or man-made, is the driving force that compels her to paint as she strives to capture a specific moment in time.

Portraits, figurative art and landscapes are the themes Tina is currently featuring in her paintings and pastels.

Since 1976, Tina has exhibited in group and solo shows in the United Kingdom, USA, Canada, Pakistan and Dubai. In 2004 she moved to Kelowna after a 13 year stay in Dubai. The Okanagan landscape has mesmerized her, compelling her to paint this area, which she says is a true labour of passion.

Elizabeth Dykosky’s work is unique and shows extraordinary colour use and remarkable talent wielding the brush or the pallet knife. Her work has been exhibited at various galleries throughout the world, among others in Italy(Rome), Canada(Montreal, Toronto, Vancouver, and Kelowna), the USA(Detroit), as well as the United Arab Emirates(Dubai and Salalah). Her paintings belong to the private collection of the Vatican, Burj Al Arab Hotel in Dubai, and Shanfari Group of Companies in Salalah, UAE.

Her pieces capture the essence of the subject to a degree that leaves a lasting impact on the viewer.

Nicole graduated from Capilano University two year animation program in 1999, Soon after graduating she started her first Job at Atomic Cartoon Inc. Working as a character designer, Prop designer and clean up artist on various TV shows such as “Zeta project”, ‘Braceface’ and “Atomic Betty”. Working on such a variety of cartoons made for a very wide adaptation in her design skills. Animation clean-up is another skill she learned along her journey when working on the Voyage of Sinbad for Bardel in league with Dreamworks. Attending over a dozen Comic conventions and speaking as a guest on character design and what to expect when pursuing a career in animation. You will still find her doing most of her artwork traditional and encouraging others to embrace bringing art to life on paper.

Choosing CATO for 2D Animation was one of the best decisions of my life. CATO motivated me and pushed my potential as an artist through fun but challenging assignments using all the latest software. I met all my best friends there, some incredibly gifted artists, and teachers I now call colleagues and friends. CATO also gave me the tools and opportunity to land a job in a world class animation studio, Yeti Farm, by developing my professional skills along with my technical skills and putting me in contact with big names in the industry. Most importantly it let me realize the dream: building a successful career and life doing what I love. 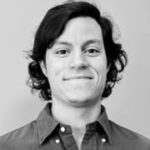 Your instructors are a great source of knowledge, but it’s up to you to seek out as much information from multiple sources. Be constantly curious, focus on continued growth, work hard and be kind! 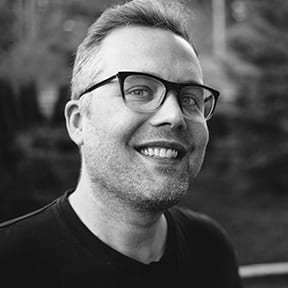 My passion for art and animation brought me to Centre for Arts and Technology’s Animation program. With the guidance of my instructors I was able to create a number of works I am proud of. My days at CAT were always exciting because I was doing what I love, as well as spending time with people who inspire me. 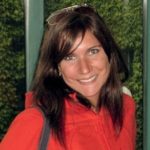 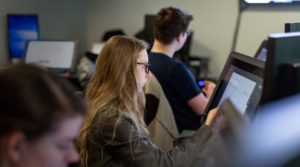