If you are a tech-minded person, ready for a dynamic career in one of the fastest-growing jobs in the world, the Centre for Arts and Technology’s Network Administrator Specialist program is for you! Our Network Security training prepares you for the challenges of a career in the IT industry, teaching you the skills you need to succeed and protect the complex system that runs our day-to-day lives. The program is developed by working professionals and begins by educating you on the foundation of computer networking and administration skills then further expand upon these skills in order to assist you in successfully launching your career in the IT industry.

You will learn how to fully manage network systems as well as provide desktop support for any organization. As you progress through the program, you will be able to write the following certifications: MCSA/MCSE, CCNA, CWNA, Security+, Linux+, LPI-1, ITIL Foundation. With the guidance of our industry professional instructors, you will gain both professional skills as well as the interpersonal skills needed to excel in the industry.

Below is just a small sample of the local companies our graduates have worked with.

LOOKING TO UPGRADE YOUR NETWORK SECURITY SKILLS AND CERTIFICATIONS?

If you have at least one year of industry experience in network security or have completed the Network Administrator Specialist program, you can continue your studies with our advanced Network Security Specialist Diploma. You will learn Advanced Network Systems, Computer Forensics for the First Responder, Enterprise Administration using Linux, Network Optimization and Monitoring, Encryption, Public Key Infrastructure Architecture & Administration, Hands-On Network Exploits, and Vulnerability & Penetration Testing.

You will also complete an Industry Capstone project; connecting you with local leaders and helping you expand your professional network and skillset. As you progress through the program, you will be prepared to write the following certifications: LPI-1, LPI-2, CEH, CPT, and CISSP. (Note: These certifications require 2-4 years of industry experience before someone is qualified to write the certification tests.)

Quarter A focuses on introducing students to the Microsoft platform for network administration.  Students will be challenged to set up domain-based environments aimed at small businesses while building a foundation in automated administration using Windows PowerShell.  This quarter will also cover Microsoft Active Directory, aimed at expanding student knowledge to network administration for larger business enterprises.  Courses vary between lectures, discussions, and hand-on practical application in a virtual environment.

Quarter B focuses on introducing the students to the concepts of wireless technologies and security.  Student will learn wireless technologies and implementation, leaving them with the foundations for CWNA certification.  In project-based learning, students will explore LANs, WANs, and VLANs in the context of a typical commercial enterprise, constructed with Cisco IOS-based equipment.  Added into the mix is an understanding of common languages, best practice, and design decisions for CompTIA Security + certification.  Courses vary between lectures, discussions, and hand-on practical application in a virtual environment.

Quarter C starts with an introduction to Linux, including usage and operation.  Upon this foundation, students will progress into an intermediate understanding of Linux, covering DNS, mail servers, DHCP, FTP, NFS and NIS.  It is at this intermediate level that students will be challenged to use Linux scripting in their networks.  In addition to Linux content, student will learn the basics of IT project management methodologies and application.  Courses vary between lectures, discussions, and hand-on practical application in a virtual environment.

Quarter D will focus on communications systems.  Students will learn how to set-up and configure Microsoft Exchange, while also learning Active Directory and basic network infrastructure.  Simultaneously, students will be introduced to the concepts of hardware virtualization, and challenged to design, implement, and maintain a full virtualization environment using OpenStack.   To complete their new skills, students will learn the foundations of the IT Information Library and its framework and methodology for IT/business integration.  Courses vary between lectures, discussions, and hand-on practical application in a virtual environment.

John Vu is a passionate and experienced IT professional who has built his international career through positions with German, US, and Canadian based companies. He is a solution-driven technical leader with years of success transforming IT infrastructures, processes, and integrating new technologies to improve efficiency, productivity, and cost savings. Throughout his career, he has been involved with IT infrastructure from start-ups to top Fortunes 500 companies . His experience covers a variety of domains including telecommunication, IT networks and infrastructure, Cloud computing, systems hardware and software, and Network Security

With his broad experience in technology along with the dedication to projects, John has helped many companies deliver excellent value to their customers, internal as well as external. John thrives on creating new solutions with the basics, and thinking out of the box.

A few of his hobbies are soccer, tennis, hiking, music, photography and volunteering.

Having been raised in a family where 12 computers in the basement was a normality, Matt’s passion for technical things started early. Of his generation, not many can say their Dad taught them computers. In his case, it’s true. Taking a different route than his father, choosing the service side of computing he has focused on helping others through his talents with a PC. Spending over 10 years as a Unix/Linux admin in the “ISP” sector being in various roles, he always returned to his passion, helping people. Weather as Lead Tech, or Support Manager Matt’s ability to speak to the customer could arguably be his greatest talent. Bringing this to the classroom has allowed the students to benefit from years of experience and patience while bringing the technical jargon from scary to everyday language for them. In his role at the Centre as the Technical Services Manager, he oversees all of the technology needs of the school as well as bringing forward fresh ideas, positive changes and above all accessible technical services that people are happy to engage with.

Ian’s interest in electronics led to him building his first computer from scratch in 1979. His hobby of bulletin board systems and ARPAnet led to an opportunity in 1994 to open the first independent dial-up ISP in the BC Interior by forming Okanagan Internet Junction. He sold the business after expanding to serving 14 communities in three provinces, and transitioned to providing co-location and data centre services for Canadian businesses.

His hobbies include amateur radio, and collecting and restoring antique computers.

Bill Xu is a doctoral research fellow at Simon Fraser University, Department of Computer Science. He received his MCP,MCSA, and CCNA designations in 2014 ,and started the IEEE research fellow in 2016. He received Bachelor’s Degree in English from Nanjing University of Posts and Telecommunications, China in 2010, and Bachelor of Technology in computer systems from BCIT in 2014. He received Master of Science in computer science from Simon Fraser University, in 2016. His research interests include Internet-of-Things, big data and deep learning. He enjoys the process of bridging the gap between theory and practice, and of bringing theoretical results to practical implementations.

Jason Cui is a Ph.D candidate at Simon Fraser University, School of Computing Science. He received his Electrical Engineering Bachelor Degree with Distinction from the University of British Columbia and his Computing Science Master’s Degree from Simon Fraser. During his study, he received many scholarships from both universities and the government. His research interests include, but are not limited to, architecture of general purpose GPUs and energy efficient computing including most recently, accelerators for machine learning.  He is a member of IEEE (Advancing Technology for Humanity) Association.  Along the way, Jason has worked for UBC, SFU, and ETH Zurich Swiss.  Jason is passionate about education and computer science, and brings that to the classroom of Centre for Arts and Technology.

Asen is a passionate and energetic dreamer with 20 years of diversified IT and Telecom experience across 11 countries. He started his career journey by maintaining PCs in a game club after school at the age of 15, went through building his own last mile ISP and transforming GSM/UMTS/LTE/WiMAX/WiFi networks around the globe. Asen attained two master’s degrees and a number of industry certifications. He now shapes the future of tomorrow at CAT.

Hobby – exploring the unknown. ‘Don’t hesitate to call if you have any shenanigans in mind’ 🙂
So far he has enjoyed more than once or twice: backpacking, hiking, skiing, snowboarding, waterskiing and wakeboarding, sailing, scuba diving, swimming, paragliding, hunting, shooting, off-road, motorcycling, chess, goKarting.

“I had a marvelous experience during my time as an International Student at Centre for Arts and Technology. Sometimes, students in other institutes do not get personal attention in improving their weaknesses, but at Centre for Arts and Technology, every staff member gives their full attention to the students and assists them with personal growth, while pushing the students to establish independent work habits. Overall, CAT’s focus on career growth provided me a great experience, which I have never received in all my other previous education experiences.” 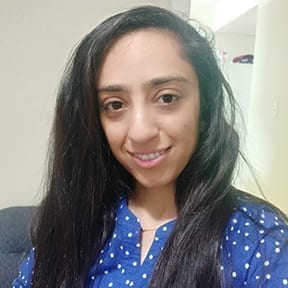 “My favourite thing is to look back at myself during the school year. To see what has changed me to be who I am today. I was given confidence through effort and truly felt accomplished.” 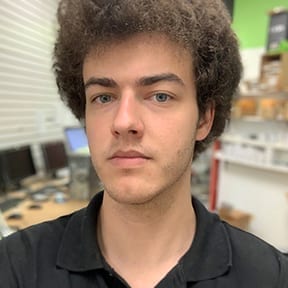 “At CAT, all courses in the NAS program are an introduction to Cisco, Microsoft and Linux technologies. They are predominantly aimed to give you a leg up on the IT industry. Before I enrolled into this program, I had no prior knowledge or experience with computers besides gaming. So, within the 1-year NAS program at CAT I went from a complete n00b to a corporate desktop support position. Within 8 months of working while studying hard on the side, I now provide basic network support.” 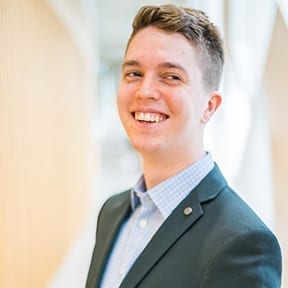 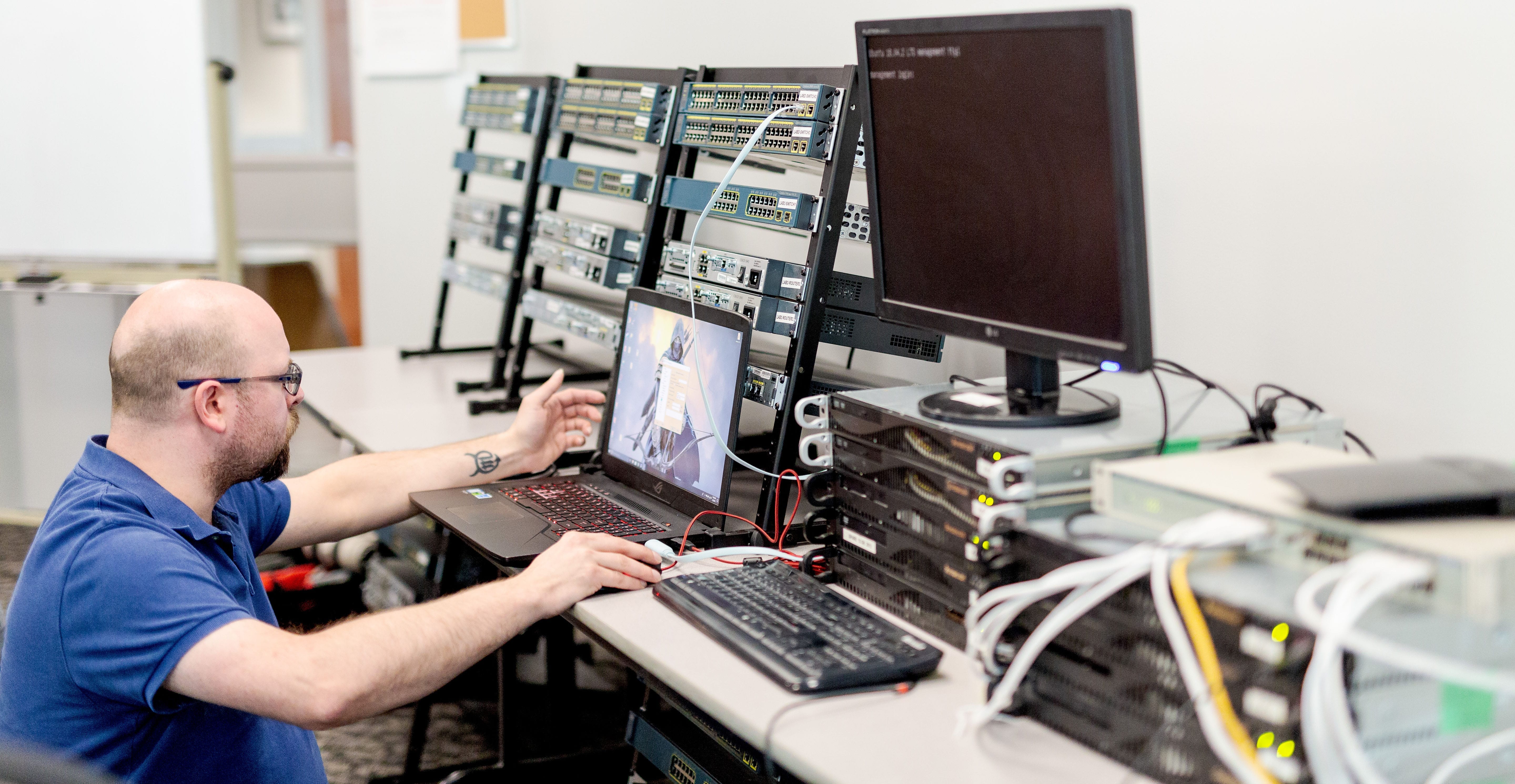